I love Freesias.  They are one of the first signs of Spring in my garden arriving in late winter and are fragrant.       Being a bulb they disappear in hot weather(about June here) and foliage comes back up in winter.  You can't keep them down.  I once had some bulbs in a pot and transplanted them somewhere else so I could put a Pelargonium in that pot.  I thought I got all the bulbs out.  I did not. Freesias came up the next year and even flowered squished next to the Pelargonium. 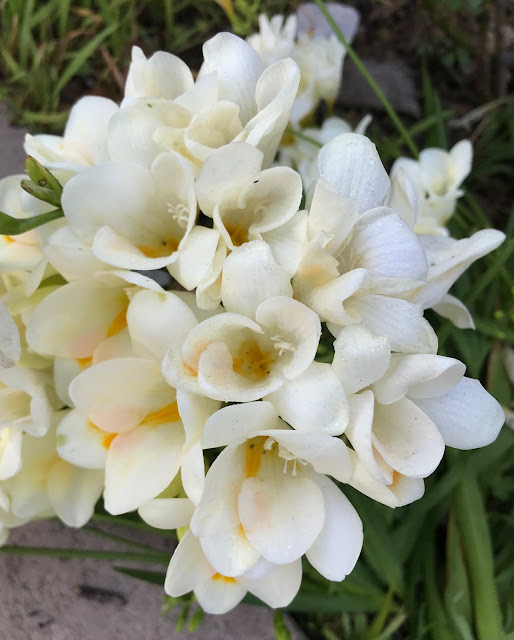 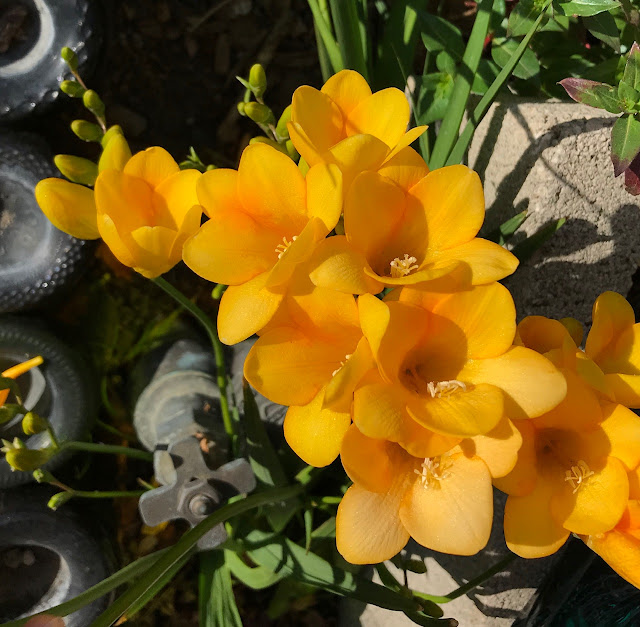 Freesia is a bulb native to Eastern South Africa.   They are named for German botanist and medical practitioner, Friedrich Freese in 1866 and are inexpensive and easy to grow.  Spring blooming bulbs come to the nurseries for planting in Fall.  Buy them any time between September and as late as January.  I hate paying full price and water more Freesias so this year I hunted for late sales. I did find some half price in early January this year. 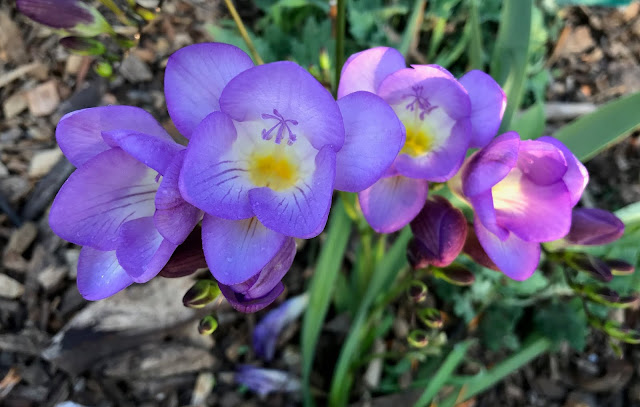 They're said to be great cut flowers. But I don't usually cut them because I enjoy the bright color in the garden.  You can tuck Freesia bulbs just about anywhere in the ground or in pots.  Sometimes the foliage makes the plant want to flop.  I find planting them next to other plants helps hold them up. 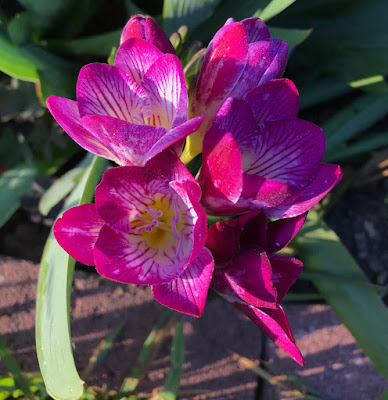 There are many named color varieties and some species.  There are singles and doubles  Although a couple years ago I bought some that were said to be doubles(that would be a trumpet inside a trumpet or hose in hose as sometimes said) that came up as mostly singles.  I have red, white, yellow and purple.  I think there's orange out there but I've yet to find it.  Color order first to bloom for me is white then yellow, purple then red last.

Try Freesias in your garden. I'm sure you'll like them.