This is my first time growing any Amarath. I sowed the seeds back in March. Remember those pretty pink seedlings I posted?    See here:   My Seedling Post              Those cute little things are now 6' tall!  I knew they were going to grow big but not taller than me(5' 9")! So I just went back and looked at the seed packet. It says Amaranthus hypochondriacus. What a funny name. And the height listed is 5-8'! The packet also says you can cook the seeds like rice or pop like popcorn!   If I get ambitious enough and the seeds are easy to collect, I might try cooking them.  But I am not that good a cook.   I was growing them for awesome dramatic flowers!  And they are! 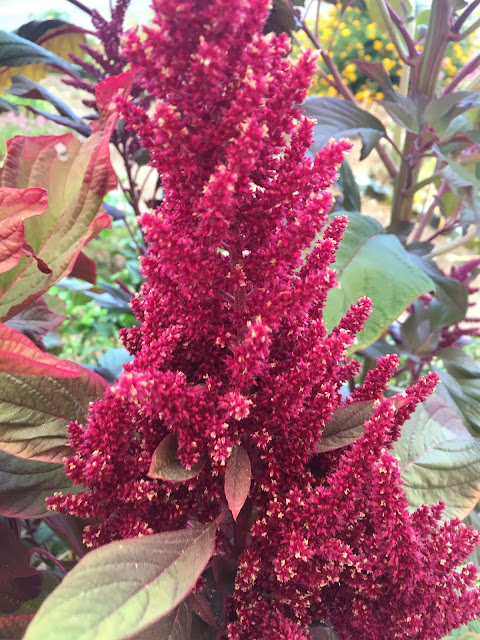 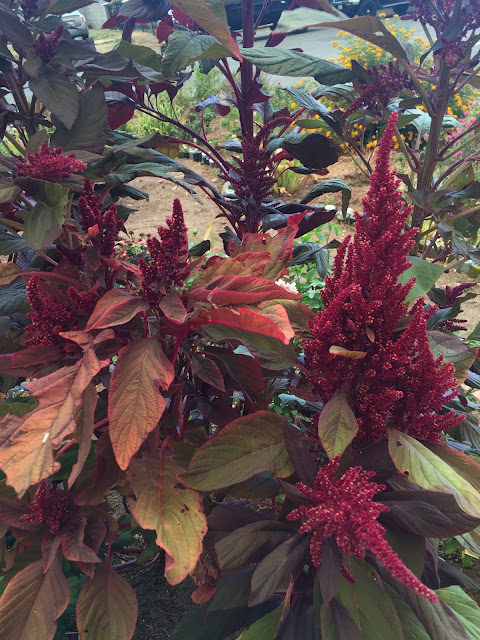 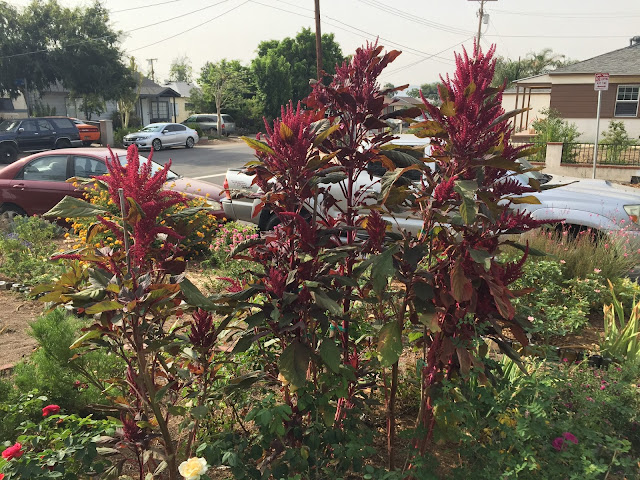 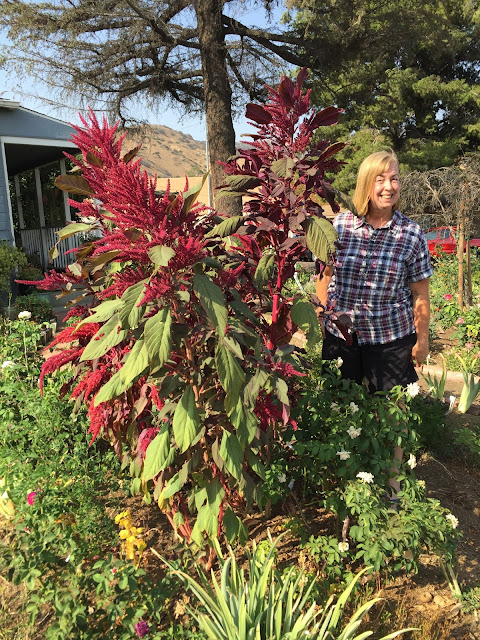 Are you growing Amaranthus?


Thanks for coming back to see more of my flower/garden pix from the Chelsea Flower Show from our London trip back in May.


The Begonias were amazing. 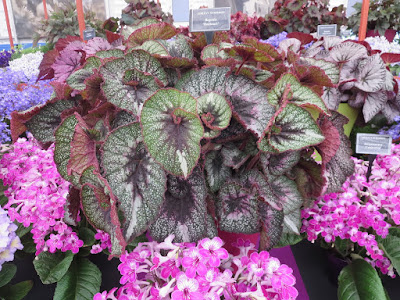 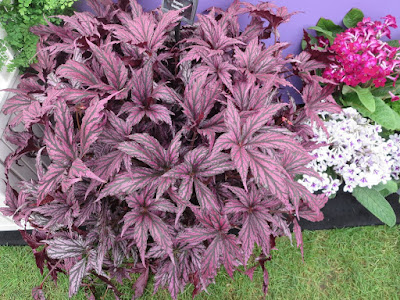 The Clematis were gorgeous! 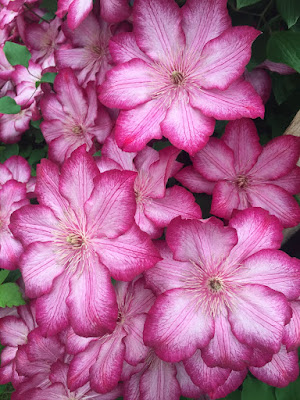 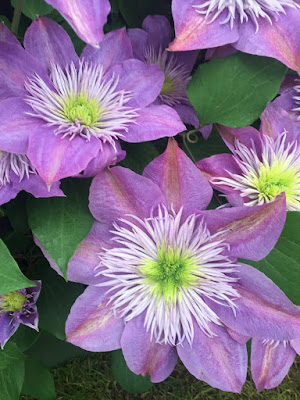 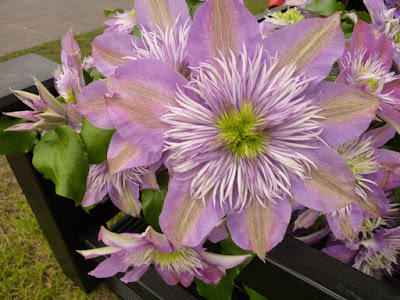 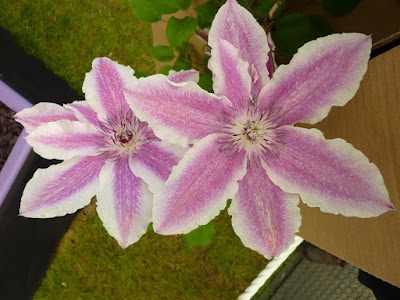 The Chrysanthemums were beautiful. 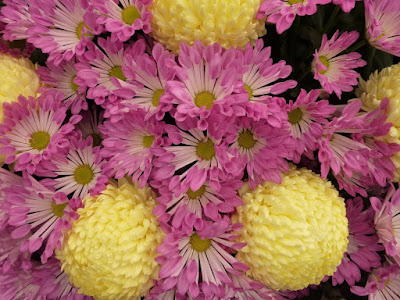 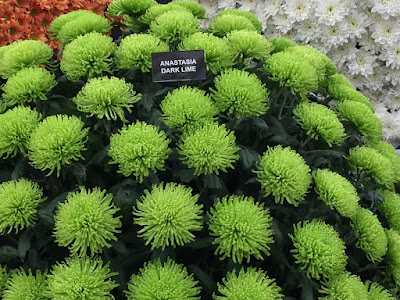 Okay, enough for today.
Stay tuned.  My next post will include roses from Chelsea!

Posted by Aprille at 5:48 PM No comments:

Digiplex-who? Is that a Movie Theater?

I began seeing this new plant called Digiplexis(say didge-eh-plex-iss) a few years ago in nurseries.  The name sounds like a movie theater, I know.  The plants were beautiful and looked like a brightly colored Foxglove with beefier green foliage.  They were too spendy for me then and always seemed to come in big containers. And as you know the bigger the plant/pot, the more it costs.

** The following 3 pix taken from the internet to illustrate.

Research tells that Digiplexis, a perennial

is a cross between Digitalis(Foxglove), a biennial

and Isoplexis which is a tender perennial that one hardly ever sees in nurseries.


So, I was at Home Depot this week and found Digiplexis in one gallon containers for only $5.99!  I broke my own rule(like I often do) of not buying plants in our summer heat and bought 2 of them.  I couldn't help it!  I had been wanting them for several years and they were cheap!!

So here is one that I planted in my garden yesterday and watered many times.  They are supposed to take full sun to part shade. And I have seen them in sun at a big wholesale nursery.  But I planted mine in part shade on the east side. They'll get morning sun.  Wish me luck that I can keep them alive through our hot SoCal summer. 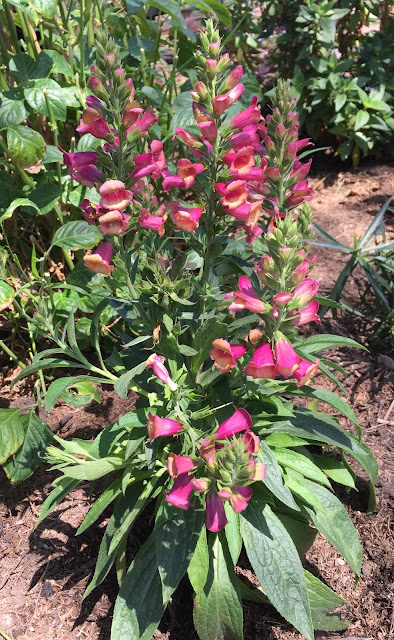 The other one was starting to wilt so. So I cut off the flowers to save the plant and put them in a little vase making a quickie bouquet with an orangey red tacoma and an Erica discolor. 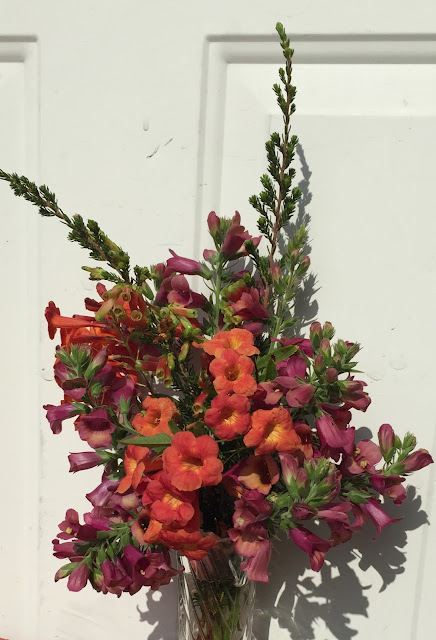 The weather has been cooler here in SoCal. Thanks goodness! Supposed to be low 80ºs all week.

Our backyard BAKES. I have there three raised beds for vegetables plus all my potted Pelargoniums.  First I painted the inside of the fence green instead of the blinding white. That didn't seem to help. Then I planted a Silver Dollar Eucalyptus tree.  It is growing but has yet to make shade.  So I thought the more upright things I put back there, the more shade I can make, the better.  This weekend we put in another arbor for climbing plants.  I drug home after asking my friend Diana if I could have them (you can read her blog Life Well Blended) 2 long pieces of rebar that were in her garden she said were left over from house construction.  We bought 1/2" metal conduit and cut it into 4 3' pieces.  Those were pounded into the ground. After bending the rebar together(not so perfectly) Rick and I just slid the rebar legs in to the conduit and wired the top together.  No cement at all! 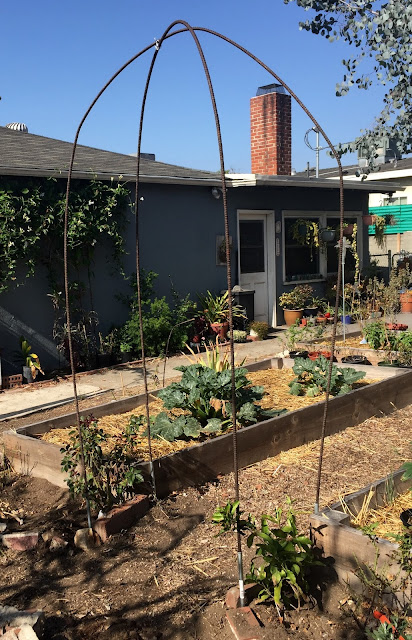 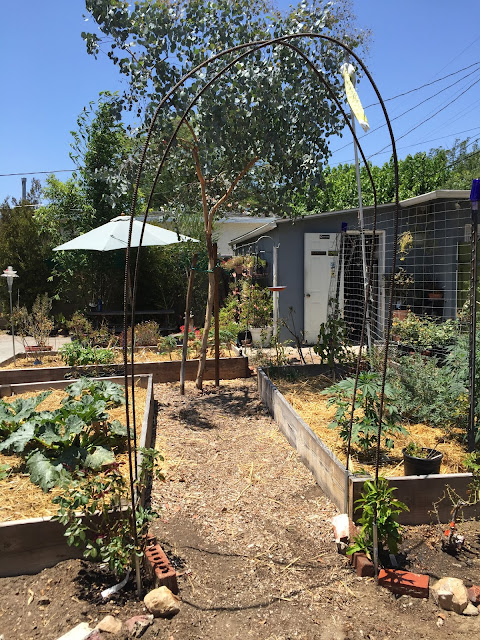 I planted a Tropical Lightning rose on the left side. 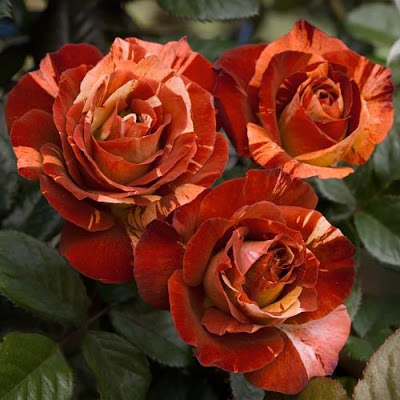 And I plated a Petrea volubilis on the other. 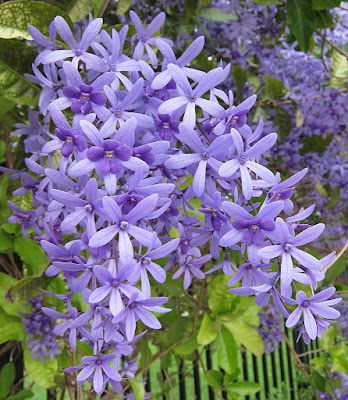 Should make an interesting color combination.  I'll post again when they grow up! Thanks Diana!

My roses are still recovering from the blowtorch weather we had almost 2 weeks ago. Funny, they've got burgundy new growth just like Spring!  Thankfully we've got 80ºs all week. I think we had to have that 110º weather to appreciate 80ºs and low 90ºs. I'll take 93º over 110º any day! But I would love 65º!

So here we are at part 2 of our Chelsea Flower Show London pix.  Enjoy!

The Fuchsias were gorgeous and abundantly in bloom!


The Alliums were so interesting. We can only really grow the small white weedy one here.

The Sweet Peas were beautiful!


I was SO captivated by this new variety called Lisa Marie with it's silver gray with pink/red edged flowers that I did buy a packet of seeds for  £2.