So, I pruned this job yesterday as I have for about 5 years.  It is only 12 white roses. You might think they are all Iceberg as I did at first.  But as I began pruning I noticed that some of them were different. There are White Simplicity roses mixed in with Iceberg roses. 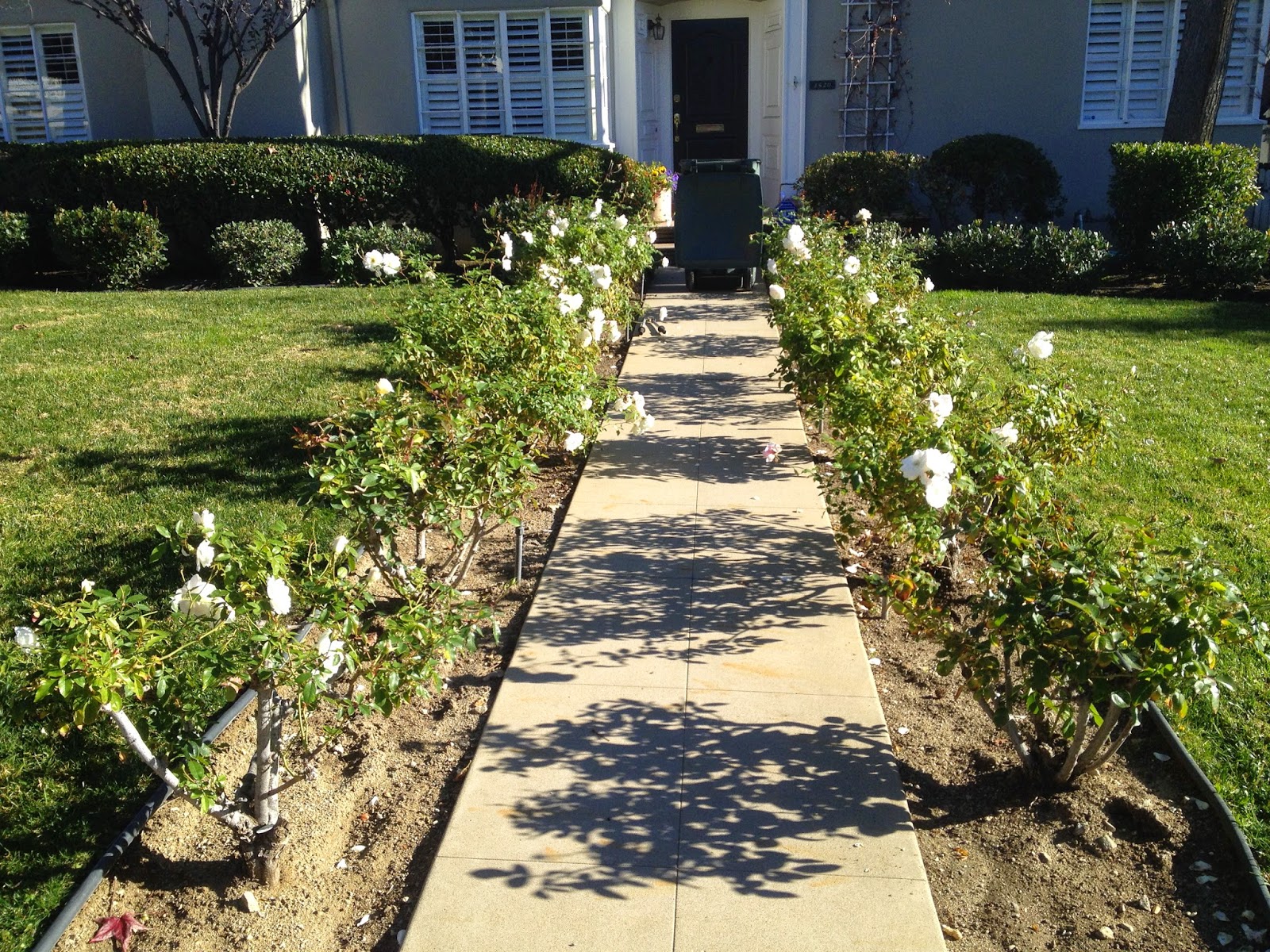 Here's how I could tell.  The White Simpilicity had way less bud eyes from which to choose to cut above!  That means the leaves had been spaced farther apart than the Icebergs. See on the left there is only about 4 bud eyes(where a leaf was-may just be a little line or a nub-where you cut to encourage new growth). On the right on the Iceberg there was about 8 bud eyes. 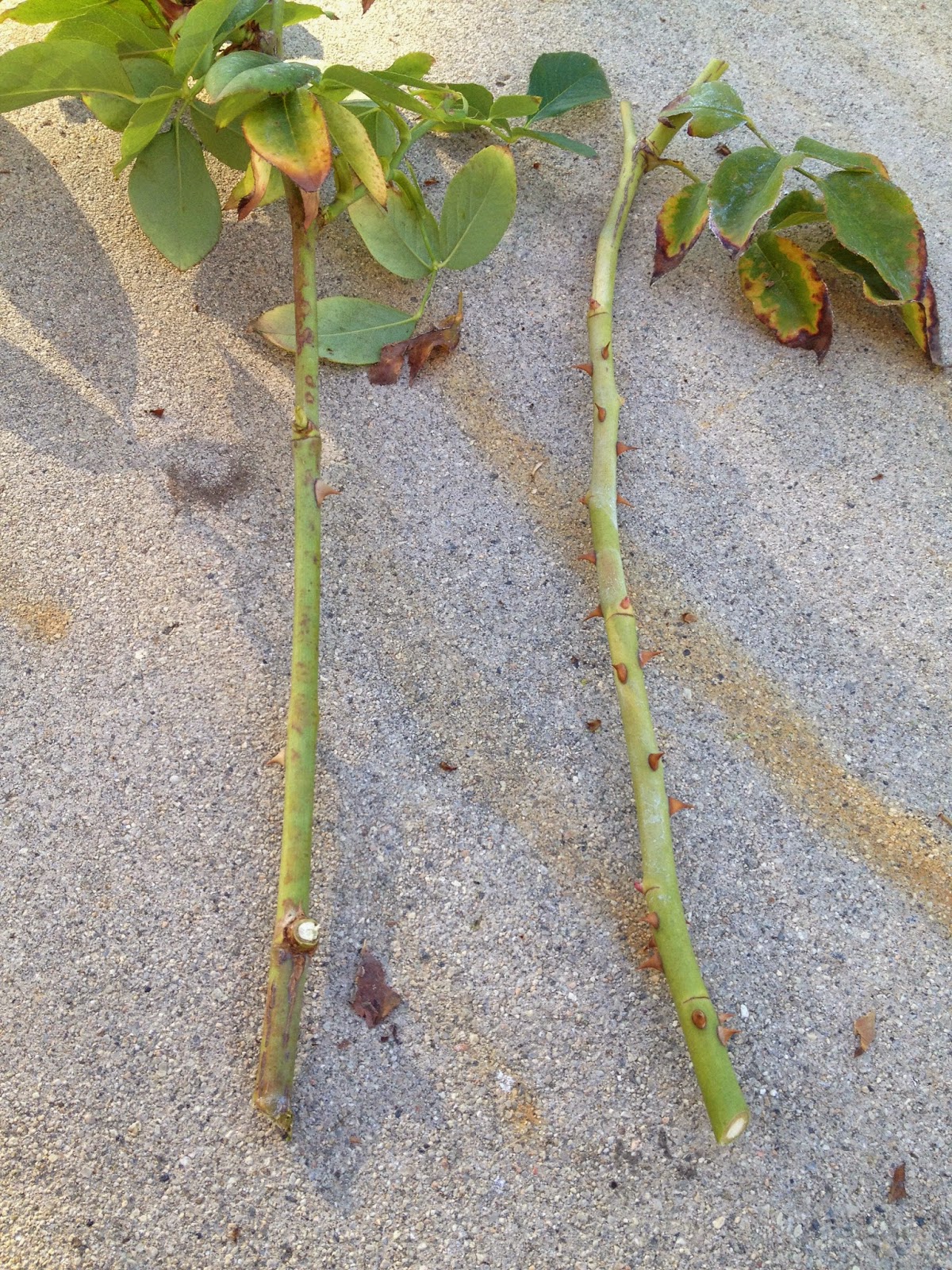 One good thing about the White Simpilicity(top of the photo) was the substance of the leaves was WAY better than Icebergs.  The leaves were so leathery and thick.  Good substance usually means disease resistance.  The Iceberg leaves in comparison were very thin and much smaller. 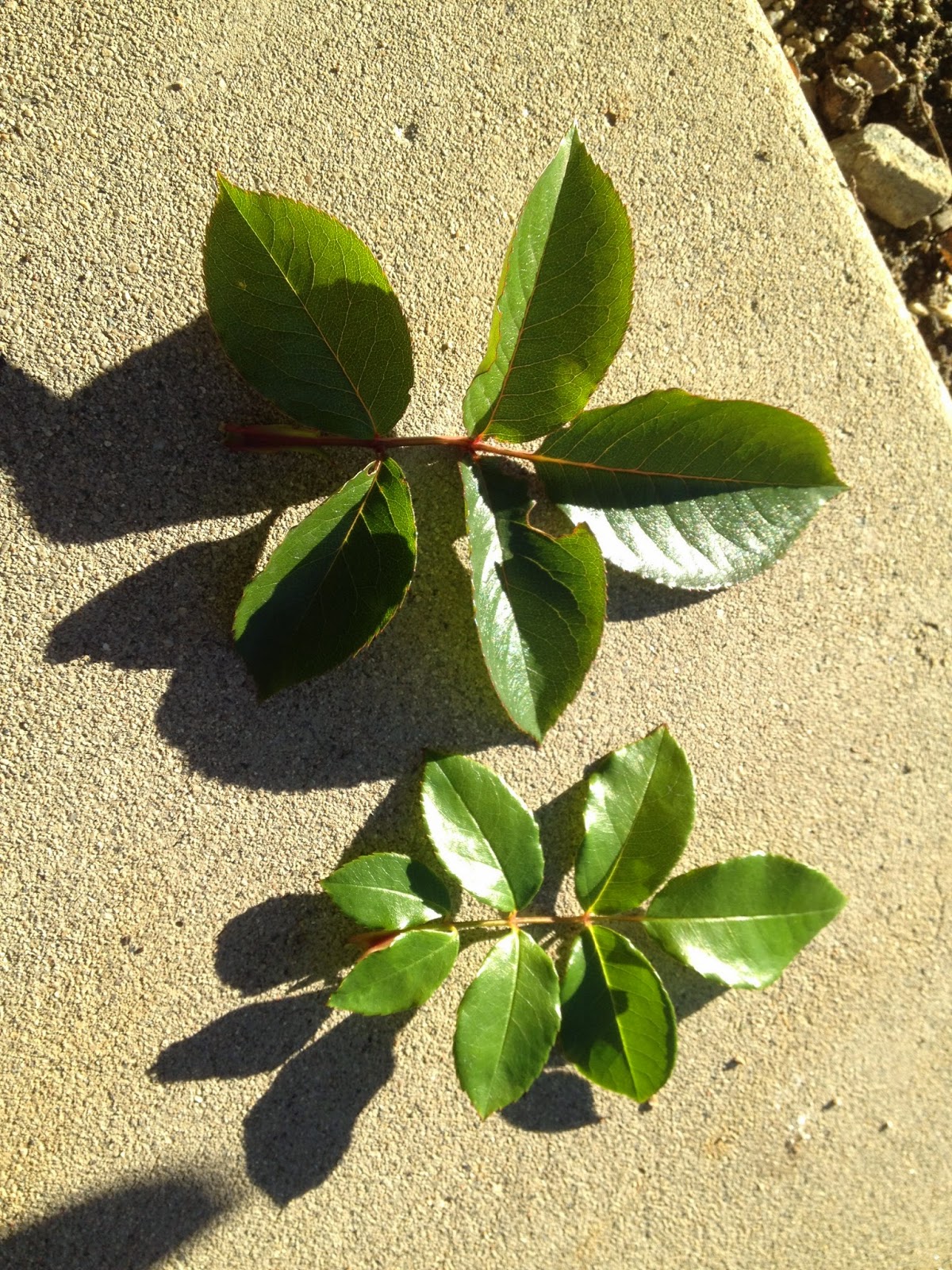 The White Simpilicity DOES have bigger flowers(left on pic).  But it doesn't bloom nearly as much as Iceberg does. And the WS stay a bit shorter too. 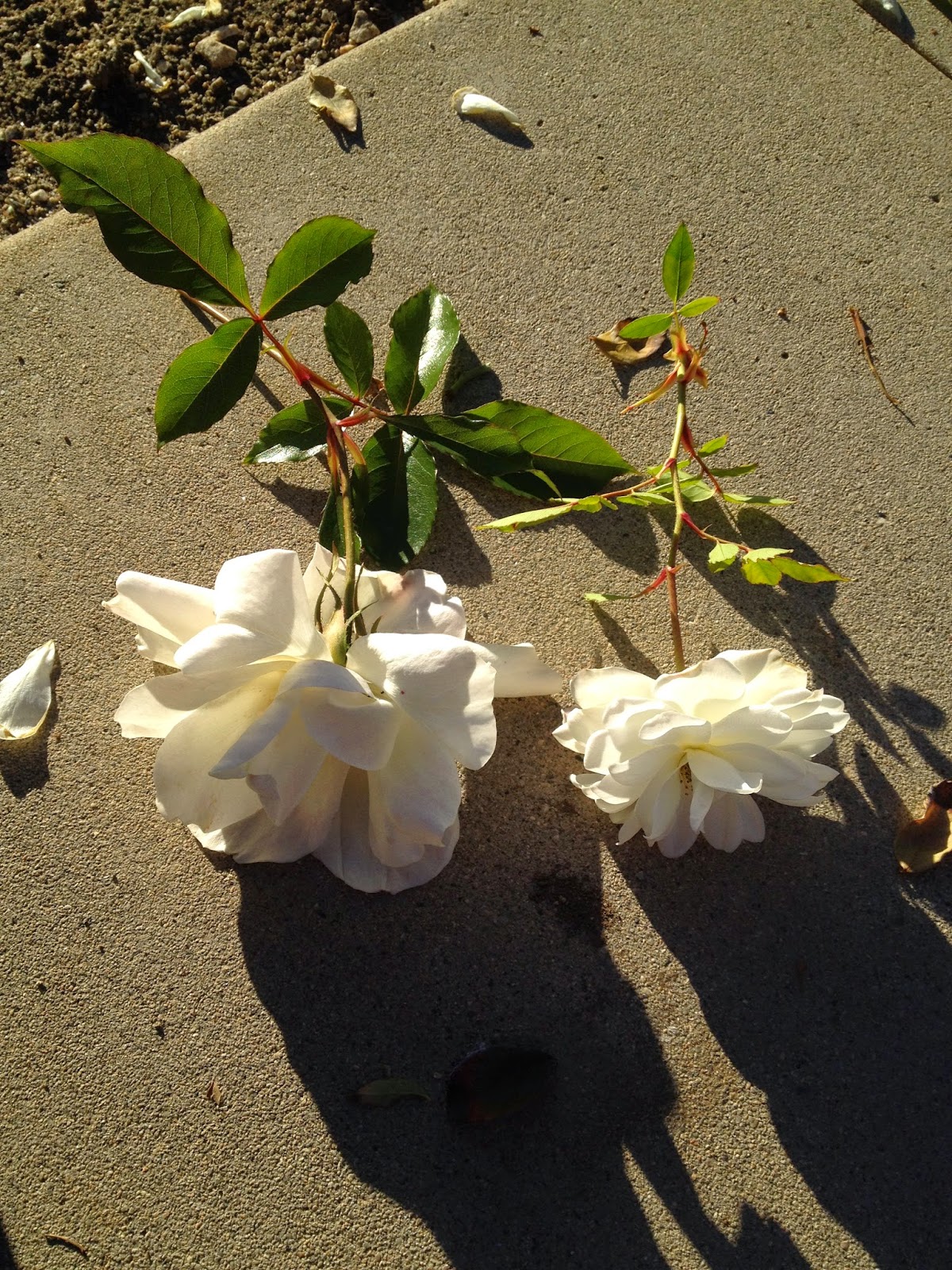 And I am EXHAUSTED today from pruning too many roses, 150 today in 6 hours.
I pruned 436 rose bushes this week.  That makes my total 952 so far!
And I'm not even halfway!!!
Happy pruning to you!